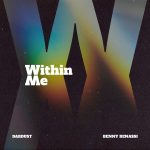 Dardust will be performing during the semi-final of Eurovision tomorrow. ... END_OF_DOCUMENT_TOKEN_TO_BE_REPLACED

We are delighted to announce the signing of an exclusive ... END_OF_DOCUMENT_TOKEN_TO_BE_REPLACED

“S.A.D. Piano Solo”, the piano version of “S.A.D. STORM AND DRUGS”, is out today on all digital platforms via Sony Music Masterworks and Artist First. The EP contains five songs from “S.A.D. STORM AND DRUGS”, the album released by Dardust in January 2020, and the previously unreleased track “Outside”. “It kinda felt necessary to strip […]
Read More

“It kinda felt necessary to strip those songs to a bare form with a simpler piano top line.  It is a part of me, I’ve always been fascinated by the fact that some electronic music could be just so melodic if stripped bare. You could consider it the equivalent of Marcel Duchamp’ The Bride Stripped Bare for Piano. If electronic music is the high, the piano is the coming down. Every high has its Valium after all.

It does bring me back to the lonely purity I felt when these tracks were created during my travels to London and Edinburgh. Now they are over to you and I hope you enjoyed hearing them, in their innocence, as much as I did writing them”.

The release of the EP will be accompanied by the video release of “Without You”, shot at the Museo del Novecento in Milan. WATCH HERE

Dardust is one the most in-demand pianists in the world, with over 35M plays to his credit. His work has been used in major international events, including the Super Bowl and the NBA All Star Game, and by major brands in the automotive world, being featured on the USA Hyundai commercial in 2019. As a producer and writer Dardust has been behind the boards on the massive continental hit Mahmood ’s “Soldi” with over 150 million streams. For his last project, “S.A.D – Storm and Drugs”, Dardust has signed an exclusive contract with Sony Music Masterworks and Artist First. Sony Music Masterworks released Dardust’s debut album worldwide in January 2020.