Sony Classical is delighted to announce a brand-new album that pays tribute to one of the world’s great musical talents, iconic film composer, James Horner (1953-2015), who would have celebrated his 65th birthday in August this year.

Performed by stellar musicians of the day, the album highlights Horner’s unique legacy by showcasing some of his greatest ever movie themes, including ‘Titanic’, ‘Avatar’, ‘Troy’ and ‘Braveheart’, to name but a few.

This eagerly-anticipated album pays fitting tribute to the much-missed composer by spotlighting Horner’s musical versatility and absolute mastery of the genre and presenting an array of key themes from his magnificent scores.

Sarah Thwaites, Head of Sony Masterworks UK noted: “The music of James Horner has not only provided the soundtrack to some of the world’s most-loved films, but also holds a very special place in people’s lives. With ‘James Horner – The Classics’, we simply wanted to create a collection independent of story lines and characters that allows the listener to enjoy major masterpieces by one of movie history’s finest composers”. 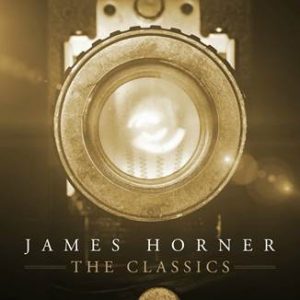