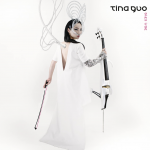 WINTER NIGHT: TRACES IN THE SNOW BY TINA GUO & LEO Z OUT NOW

We are so thrilled to announce the release of WINTER ... END_OF_DOCUMENT_TOKEN_TO_BE_REPLACED

WINTER NIGHT: TRACES IN THE SNOW

An EP of introspective songs frozen in time
capturing the mysterious sounds of winter,
including “Scarborough Fair” and “Greensleeves”

NEW YORK, NY – Sony Masterworks announces the release of WINTER NIGHT: TRACES IN THE SNOW, the new EP by TINA GUO & LEO Z. Available everywhere now, the EP includes introspective songs frozen in time that replicate the mysterious sounds of winter. Guo is celebrating the release with a listening party live on her YouTube page today at 11am PST – WATCH HERE.

Internationally acclaimed cellist Tina Guo has known and worked with Leo Z for many years, but this is their first full collaboration, made remotely at the height of the coronavirus pandemic. Guo says: “I thought, maybe this is actually the perfect opportunity to slow down and make some beautiful, mystical music.”

Despite being physically separated, the two artists enjoyed a smooth virtual collaboration, building up a selection of five songs in dark, evocative arrangements.

“Winter is such a vibe,” says Leo Z – “colors are changing, there’s more darkness during the day. We wanted to capture that type of moment that feels almost frozen in time.”

Tina Guo: “I feel like it does sound cohesive, like we’re in this universe together. I think it’s very metaphysical, very spiritual – we’re in this audio and energetic space together, musically. We just never saw each other in person.”

Tracks on the EP include “Scarborough Fair”, “Greensleeves”, and two ancient Christmas carols: “O come, O come Emmanuel” and the Coventry Carol. Tina Guo and Leo Z also perform their version of Arvo Pärt’s Silouan’s Song. In addition to the cello and piano being featured on the album, Guo plays the erhu, an ancient Chinese instrument, and the musicians are joined by Eric Rigler on traditional Celtic instruments including the Uilleann pipes.

The album is marked by the ongoing coronavirus crisis, bringing listeners together as winter approaches, just as it brought the two artists together in their separate home studios. Tina Guo comments: “Making music again felt a little bit more introspective, a little bit more reflective of what’s happening in our world right now.”

Known for her unique genre-crossing style, she is one of the most recorded solo cellists of all time and can be heard on hundreds of blockbuster film, television, and game soundtracks. She has performed as a classical soloist with orchestras worldwide, and toured as a featured soloist with Hans Zimmer Live since 2016, and in Cirque du Soleil’s Michael Jackson “The Immortal” World Tour in 2011–13. Tina performed with Skrillex, Diplo, and Justin Bieber at the Grammy Awards and with Sabaton and Beyond the Black at the world’s biggest Metal Festival: Wacken Open Air 2019 on the Main Stage.

She is a featured soloist on many soundtracks, including Wonder Woman, The Lion King (2019), and Inception. Tina can also be heard on the soundtracks of Kung Fu Panda 3, Hancock, The Mentalist, Family Guy, commercials for Apple, Under Armour, and many others. Tina has recorded on hundreds of commercial albums with artists such as John Legend, Ciara, 3 Doors Down, and Big K.R.I.T., and performed with Adele, Pharrell, Alicia Keys, Stevie Wonder, Peter Gabriel, Josh Groban, and many more.

In 2016, Tina signed a 4-album exclusive recording contract with Sony Music after self-releasing 9 albums through her own label, and her debut Sony album GAME ON! was released in 2017. Her second full Sony album DIES IRAE will be released Spring 2021.

Born in Bologna, Italy, Leo has performed and recorded with world-class musicians such as Eric Rigler, Tina Guo and Matt Chamberlain. As a music producer and arranger, Leo has collaborated with Josh Groban, Andrea Bocelli, Elisa, Nathan Pacheco, Katherine Jenkins, David Archuleta, and many more. 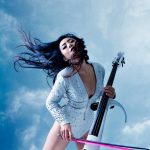 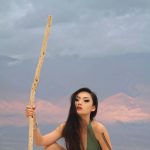 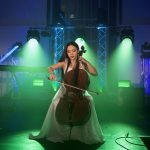