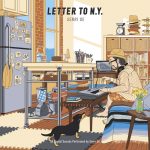 New York, NY (June 8, 2021)—Jazz pianist Senri Oe announces the release of his new album titled Letter To N.Y. via PND/Sony Masterworks on July 21.  Composed and produced by Senri completely in quarantine, the 11-track album, Letter To N.Y., is a special homage expressing Senri’s full love for New York City, that captures the eclectic array of the Big Apple’s musical energies. Pre-order the album HERE.  Letter To N.Y. follows Senri’s 2020 album, HMMM, which hit the Top 40 on JAZZWEEK, and #24 on the Roots Radio Jazz’ Top 50 chart.

With limitations of recording studios being closed down this past year, Senri, with only an upright piano, electric keyboard and the Logic Pro X music app on his laptop, embraced the opportunity to explore – and invite some interesting “guests” to his workspace to create what he affectionately calls “the jazz songs people all over the world can hum.”

“The downtime during the pandemic led me to face what kind of musical person I am, which took me back to my musical roots, and was the inspiration for ‘Letter To  N.Y.,’” says Senri, who returned home to New York from Japan, after his trio tour for Hmmm, with Matt Clohesy and drummer Ross Pederson, came to an abrupt end when the virus first spread in March, 2020.

“I wrap the album with the simple concepts of ‘Love’ and ‘Togetherness’ to reflect an important reality that we’ve all learned during this challenging time – the fact that when we’re left alone to face life’s greatest challenges, we realize the most important things are not money and fame but the people we love and want to be with most,” Senri says. “‘Letter To N.Y.’ is very impressionistic in its portrayal of New York music and culture through the lens of the pandemic, but heard together, the songs reveal a unique narrative story. It’s about the brokenness and collapse of the old way of life, yet with the hope that as we move into the new normal, restoration and renewal are also possible. The former world is over, so now we have to open a new door and take everything to a brave new level moving forward.”

Senri, who first started on classical piano, and whose influences are both bebop and Miles Davis’ electronic jazz fusion of the 70s and 80s, was inspired by those electric keyboard and organ sounds on ‘Letter To N.Y.’  “As I was creating these tracks in this spirit,” Senri says, “I created this imaginary world where I imagined Miles, Jaco Pastorius and Bill Evans would knock on my door, call my name and ask me to join them in playing the kind of music they made back in the day.”

The Kindness of Strangers

The Street to the Establishment

A Werewolf in Brooklyn

As a pop Japanese superstar for two decades (80’s and 90’s), Senri Oe did a complete turnabout on his career by deciding that he wanted to focus on what was important in his life – his first love – jazz.  Senri left Japan and his legion of pop fans and headed to New York to study at the School of Jazz at The New School, then launching his recording career with his PND Records debut Boys Mature Slow in 2012.  The release was followed by a variety of ensemble and solo albums, culminating in his solo piano debut, Boys & Girls (2018) and Hmmm (2019), a trio session with drummer Ari Hoenig and bassist Matt Clohesy. Senri’s other albums include the full big band with Spooky Hotel (2013), Collective Scribble (2015) and Answer July (2016), which featured jazz vocal greats Sheila Jordan, Theo Bleckmann, Becca Stevens and Lauren Kinhan of the Grammy winning vocal ensemble New York Voices. 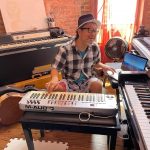 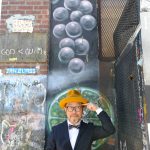 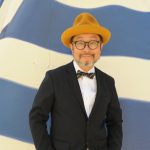 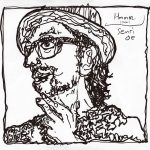