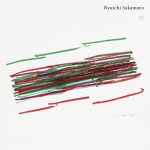 Ryuichi Sakamoto is a composer, producer, artist, and environmental activist born in Tokyo. Making his debut in 1978 with the album Thousand Knives, Sakamoto’s diverse résumé includes pioneering electronic works in the legendary techno group Yellow Magic Orchestra, producing globally-inspired pop albums and numerous classical compositions, two operas, and nearly 40 original film scores for directors, including Bernardo Bertolucci, Pedro Almodóvar, Brian De Palma, and more recently Alejandro González Iñárritu for whom he composed the music of ‘The Revenant’. His film soundtracks have won prestigious awards, including an Academy Award, two Golden Globes, and many more. Sakamoto’s activism has spread wide to include various environmental conservation efforts and promoting denuclearization and world peace. After 3/11 in Japan, he became a strong voice of support for the victims of the earthquake, tsunami, and nuclear meltdown in Fukushima.

Sakamoto has considerable contributions to the art world with both solo and collaborative installations and multi-piece exhibitions presented in galleries and museums worldwide. Most recently, MWOODS (Beijing) presented the largest and most comprehensive collection spanning 30 years devoted to Sakamoto’s artworks in various media, centering around 8 large-scale sound installations.

Sakamoto has resided in NY since 1990.

NEW YORK, NY (January 17, 2022) – Milan Records today releases 12, the new album from prolific composer, producer and artist RYUICHI SAKAMOTO. Available everywhere now, 12 marks the 15th solo studio album from Sakamoto and the first of new solo material since 2017’s async. The album features 12 songs selected from a collection of musical sketches Sakamoto recorded like a sound diary between 2021 and 2022 during his ongoing battle with cancer. Each track is titled and sequenced by the date in which it was written, culminating in a collection of music that provides an intimate snapshot into this period of Sakamoto’s life. Alongside today’s release is a special visual companion to 12 featuring the album’s closing track “20220304” and footage of the composer in Tokyo – watch here.

Of the album, RYUICHI SAKAMOTO says, “In early March 2021, I finally ‘came home’ to my new temporary housing after a big operation and a long stay in the hospital. Around the end of March, just as my body was feeling a little lighter, I found myself reaching for the synthesizer. I had no intention of composing something; I just wanted to be showered in sound. I had a feeling that it’d have a small healing effect on my damaged body and soul. Up until then, I barely had the energy to listen to music, let alone play anything. But after that day, I began to occasionally touch the keys of the synthesizer and piano, and I began to record little sketches of sounds as if to write a diary. I tried choosing 12 of my favorite sketches for this album. There are no adornments—I’m intentionally putting them out as is. From now on, until my body gives out, I’ll probably continue to keep this kind of ‘diary.’”

In advance of the album’s release, Sakamoto recently debuted a special solo piano concert that was streamed online to an audience of over 60,000 viewers across the globe. His first live performance in two years, the concert was recorded over the course of a week at Tokyo’s legendary 509 Studio and features an hour of the composer playing new arrangements both spanning his repertoire and from his new album. Available now is Ryuichi’s performance of his 1983 classic “Merry Christmas Mr. Lawrence” from the livestream – watch here.