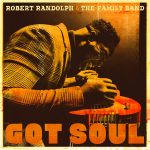 Congrats to all of this years 60th GRAMMY Awards 2018 ... END_OF_DOCUMENT_TOKEN_TO_BE_REPLACED

Now for a limited time get select vinyl titles from ... END_OF_DOCUMENT_TOKEN_TO_BE_REPLACED

ROBERT RANDOLPH & THE FAMILY BAND RELEASES NEW MUSIC VIDEO PREMIERED BY ROLLINGSTONE “LOVE DO WHAT IT DO” FEATURING DARIUS RUCKER Band Announces Spring 2017 Tour New Album “Got Soul” Available February 17 Robert Randolph & The Family Band premieres the video for their new song “Love Do What It Do” on RollingStone. View it […]
Read More

Robert Randolph & The Family Band premieres the video for their new song “Love Do What It Do” on RollingStone. View it HERE. The video, set in a pool hall, features Randolph and his band along with country superstar Darius Rucker, who lends his vocals to the song.

On working with Robert Randolph, Darius Rucker tells Rolling Stone: “For me, one of the best things about playing music for a living is getting the opportunity to meet and work alongside world-class musicians and songwriters from all different musical backgrounds. I’ve been a fan of these guys for years, so I was proud to help out the great Robert Randolph and the Family Band. We had a blast making this video.”

“Love Do What It Do” is the first single from Randolph’s forthcoming studio album Got Soul (Sony Music Masterworks) set for release on February 17th. This is the fifth studio album by the virtuosic pedal-steel phenom and genre-busting Family Band. Got Soul also features songs with special guests Anthony Hamilton and Cory Henry.

About the single Randolph says: “’Love Do What It Do’ is about the mysterious power of love and how it transforms and connects people. Love is a universal natural thing – how beautiful is that?”

The band also announced their Spring tour which kicks off in Boston on March 9thand hits 19 cities including Philadelphia, Chicago, Los Angeles, San Francisco and Seattle.

PRE-ORDER of Got Soul Available Now 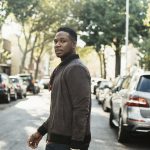 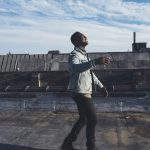 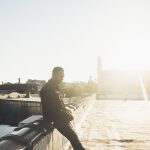