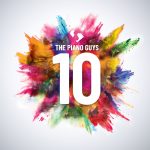 Gearing up for the holidays, THE PIANO GUYS today share ... END_OF_DOCUMENT_TOKEN_TO_BE_REPLACED

THE PIANO GUYS are celebrating their tenth anniversary as a ... END_OF_DOCUMENT_TOKEN_TO_BE_REPLACED

After kicking off the holiday season with last month’s release of “All ... END_OF_DOCUMENT_TOKEN_TO_BE_REPLACED

THE PIANO GUYS RELEASE NEW MASH-UP RENDITION OF HOLIDAY FAVORITES “LET IT SNOW / WINTER WONDERLAND” After kicking off the holiday season with last month’s release of “All I Want for Christmas Is You,” THE PIANO GUYS return with yet another festive cover, this time combining two well-loved favorites to create an original holiday […]
Read More

After kicking off the holiday season with last month’s release of “All I Want for Christmas Is You,” THE PIANO GUYS return with yet another festive cover, this time combining two well-loved favorites to create an original holiday mash-up of “Let It Snow / Winter Wonderland.”  Making its debut today is a new original video for the track, which finds TPG leading a neighborhood-wide light show timed to the piano and cello medley.

Of their newest holiday track and video, THE PIANO GUYS say, “A piano, a cello, and 739,539 Christmas lights. Perhaps a perfect setting for a mashup of two of the most well-known and beloved Christmas carols, ‘Let it Snow’ and ‘Winter Wonderland.’  For this tune we triple-channeled the stylistic vibe of legends Michael Bublé, Sara Bareilles, and the Doobie Brothers! We stitched them together so tightly that we hope it feels like being wrapped in a patchwork blanket of both carols, these artists, and The Piano Guys throughout every second of the song. Add the visual splendor of an inordinate amount of synchronized lights filmed in below-freezing temperatures and it’s instant Christmas spirit!”

The Utah quartet are no strangers to the holiday music scene, having previously released two Christmas albums and putting their signature twist to the season’s biggest hits and timeless classics – A Family Christmas and Christmas Together are available everywhere now.

After closing out 2018 with the release of their sixth studio album Limitless, The Piano Guys have yet to slow down, since embarking on a global tour whilst consistently releasing new tracks and strikingly original music videos.  “Let It Snow / Winter Wonderland” arrives as the second holiday release following “All I Want For Christmas Is You” and the latest in a year of new releases that include cover renditions of well-loved film music like “The Avengers / Portals” and “Avatar (The Theme),” as well as instrumental versions of the year’s biggest pop hits like Marshmello and Bastille’s “Happier,” Lewis Capaldi’s “Someone You Loved” and The Beatles’ “Yesterday.”

Since formally introducing themselves in 2011 on YouTube, The Piano Guys – Steven Sharp Nelson, Jon Schmidt, Al Van der Beek and Paul Anderson – unassumingly arrived as a musical phenomenon. Over the course of six studio records, two Christmas releases, and a fan favorite live album, they have impressively amassed nearly 3 billion global audio streams, clocked upwards of 1.8 billion YouTube views, earned six No. 1 debuts on the Billboard Top Classical Albums Chart, sold out concerts in almost every corner of the world, averaged nearly 2 million unique monthly listeners on Spotify, and attracted a diehard audience. Not to mention, they’ve appeared in The New York Times, Fast Company, BuzzFeed, Mashable, and People, were featured on CBS Sunday Morning and performed on the TODAY Show, Good Morning America and The Tonight Show.

CONNECT WITH THE PIANO GUYS 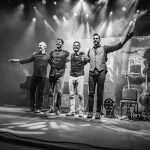 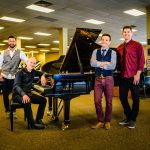 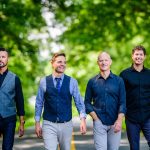 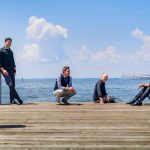 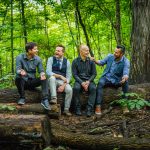