Latest Release : A Residency in the Los Angeles Area 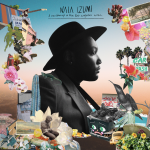 NAIA IZUMI RELEASES DEBUT ALBUM ‘A RESIDENCY IN THE LOS ANGELES AREA’, AND NEW VIDEO “GOOD AT BEING LONELY”

A RESIDENCY IN THE LOS ANGELES AREA

NEW VIDEO “GOOD AT BEING LONELY” OUT TODAY – WATCH

“Good At Being Lonely” serves as the album’s centerpiece.  Naia’s lush guitars bleed into a hypnotic refrain, “You’ll see I’m good at being lonely.”  “I’m looking back at a lot of my life,” says Naia of the track.   “I’ve always been someone who thinks for myself. I don’t just take people’s word for things or popular opinions.  I want to know something by looking at it from all the different perspectives and then finding the truth somewhere in the middle.  That can leave you really lonely sometimes though, but I’ve gotten good at it.”

Previously released are videos for the songs “Natural Disaster,” “Six Inch Stilettos” and  “Voodoo,” which was featured on an episode of NPR’s “All Songs Considered.”

“I make music I’m not hearing,” says Naia, who was diagnosed with autism at the age of 16.  Developing a fascination with the guitar at an early age, Naia’s imitable sound is the result of both a lifelong study and single-minded dedication, the musician playing for hours on end and losing himself in the instrument.

“That was my purpose as a kid.  I tried to get better and better, so I could make what I was hearing in my head. I’m just the average dude who’s just trying to do the best he can. I’m learning to control what I want to say with the vibe, the music, and the words. If it connects to you in some way, I’m a happy person.”

Naia speaks through this music as if the sound flows through him.  He’s already racking up millions of streams and acclaim from NPR, The New York Times, Paste, The Washington Post, Guitar World, American Songwriter and more, all before the release of his debut full-length.

After dropping out of high school to join the Job Corps and spending five years as an electrician, Naia decided to pursue his dream full force. Taking to busking, he played hundreds of gigs and would often carry his equipment for miles just so he could perform.  Naia eventually landed in Los Angeles, busking all day to get by and independently releasing his music before winning the NPR Tiny Desk Contest in 2018 with “Soft Spoken” and signing a major label deal.

Along the way, he collaborated on A Residency in the Los Angeles Area with producer Tony Berg [Peter Gabriel, Phoebe Bridgers] at Sound City Studios, performing vocals, guitar, bass, drums, Japanese Koto, mandolin, cittern, and more on the record.  From the simmering funk beat of “Honesty” to the searing solo performance on “Natural Disaster,” the smoky wah of “Six Inch Stilettos,” and the lushly hypnotic melodies on “Good At Being Lonely,” the album showcases Naia’s artistry on every level.  A subtle homage to his adopted home base, A Residency in the Los Angeles Area represents the union of practice and magic, technique and spirit, intense thought and unrestrained emotion.

A RESIDENCY IN THE LOS ANGELES AREA 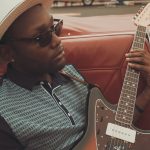 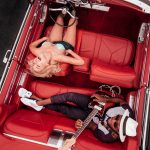