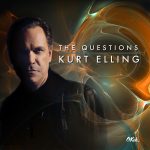 When Kurt Elling embraced the meaning, the spirit and the word “Christmas” ... END_OF_DOCUMENT_TOKEN_TO_BE_REPLACED

New Album Takes On Challenge of These Times Available Now From OKeh Records/Sony Music Masterworks The Questions, Kurt Elling’s newest studio recording, is his musical response to this moment in history and the widespread anxiety of our times. It touches artfully on challenges – personal, political, global, spiritual, and existential – and on hopes and aspirations […]
Read More

New Album Takes On Challenge of These Times Available Now

The Questions, Kurt Elling’s newest studio recording, is his musical response to this moment in history and the widespread anxiety of our times. It touches artfully on challenges – personal, political, global, spiritual, and existential – and on hopes and aspirations for the future. Elling offers a vibrant and surprising choice of songs, from Bob Dylan and Paul Simon classics to jazz, Broadway, and the Great American Songbook, plus two new originals. The Questions, Elling’s second recording for OKeh Records/Sony Music Masterworks, will be released on March 23, 2018.

The Questions unfolds into a rich and irresistible musical conversation, encouraging listeners to join Elling in living with big questions and finding courage to face our fears in difficult and uncertain times.

Of the ten songs on The Questions, Elling says, “At first I didn’t understand how they were going to relate to each other.” The title finally came to him as the album was being mixed. NEA Jazz Master and celebrated saxophonist Branford Marsalis co-produced The Questions with Elling and performs on three tracks. As Elling and Marsalis worked together on the mix and sequence of songs, Elling realized that they all lined up on various sides of some big, deep questions:

What is this life?
Does meaning have being?
Why is there such suffering and pain?
Where is the wellspring of wisdom?

The Questions opens with the powerful, insistent questions and stark, disturbing answers of Bob Dylan’s “A Hard Rain’s A-Gonna Fall.” What follows is the surprising assurance of “A Happy Thought,” a poem by the American poet Franz Wright, set to music by Elling’s collaborator, pianist and arranger Stu Mindeman. This establishes a kind of back-and-forth on The Questions – searching inquiries and thoughtful responses that both challenge and inspire us to find our own answers.

The world-weary resignation of Paul Simon’s “An American Tune” is followed by falling, loss, and redemption in Peter Gabriel’s “Washing of the Water.” The Jaco Pastorius instrumental, “Three Views of a Secret,” becomes the celebratory “A Secret in Three Views” with Elling’s lyric inspired by a poem by the 13th century mystic Rumi. Elling’s lyric concedes that quests to find meaning and purpose may all be for naught, but it also encourages us to take heart and awaken to the transforming power of love. In contrast, “Lonely Town,” from the Broadway musical On the Town, by Leonard Bernstein, Betty Comden and Adolph Green, reflects the empty inner landscape when there is no love to come home to.

Carla Bley’s “Lawns” becomes “Endless Lawns,” with Elling’s new lyric interposed with a poem by Sara Teasdale, bearing the weight of emotional suffering and then finding an uplifting freedom. Rodgers and Hammerstein’s “I Have Dreamed,” from the musical The King and I, is followed by “The Enchantress,” a new song by pianist Joey Calderazzo with Elling’s lyric adapting parts of a Wallace Stevens poem. This pair touches on the fluid, shifting boundaries between dreams, imagination, and reality. The Questions closes with the gentle, wistful wonder of Hoagy Carmichael/Johnny Mercer’s “Skylark.”

Elling notes, “I began experimenting with ‘A Hard Rain’s A-Gonna Fall’ in November of 2016, just after the U.S. election. Today I wonder what I can possibly say that’s relevant now.” He adds, “Branford brought in ‘Washing of the Water’ and ‘Lonely Town.’ I was doing some Sinatra shows during his 100th birthday year, and I love his rendition of ‘I Have Dreamed.’ Guitarist John McLean came up with the gorgeous arrangement, and Branford has his big solo moment there. I like to surround myself with people who are smarter than I am who can fill in the blanks. John also arranged ‘Skylark.’”

“‘The Enchantress’ began as a song called ‘The Lonely Swan,’” he recalls, “but what brought the new title to mind was a poem by Wallace Stevens (‘The Idea of Order at Key West’) that I draw on. It’s dedicated to Branford’s mother, who died last year, and to my aging mother. The lyric becomes clear once you have that in mind.”

Elling collaborated with Branford Marsalis on their 2016 Grammy-nominated recording, Upward Spiral (OKeh Records), and now Marsalis has collaborated on The Questions. Says Elling of their musical partnership, “We’re two musicians who have dedicated ourselves to a similar task – to be jazz musicians to the greatest extent of our abilities. We pay attention to the real heroes of the music, we play in the style and spirit of the greatest jazz musicians who ever lived, and we don’t cut corners. We’re here to play great melodies and express authentic emotion – to be the real deal as much as we can.” 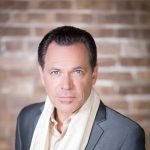