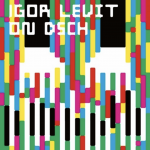 Igor Levit records Beethoven’s “Ode to Joy” On the occasion of the composer’s 250th anniversary on December 17, 2020.  His recording of Franz Liszt’s piano transcription for Sony Classical is released digitally today and as video on December 17, both exclusively on Apple Music. The single and video will be available everywhere digitally from […]
Read More

On the occasion of the composer’s 250th anniversary on December 17, 2020.  His recording of Franz Liszt’s piano transcription for Sony Classical is released digitally today and as video on December 17, both exclusively on Apple Music. The single and video will be available everywhere digitally from December 18. Listen here

A brief, soft word of greeting. A conciliatory, instrumental conclusion, the text of which listeners are likely able to recall from memory: Igor Levit plays the “Ode to Joy” theme from the finale of Beethoven’s Ninth Symphony as well as its first three variations. The sonorous piano version dates back to Franz Liszt, whose transcriptions of the Beethoven symphonies Levit has long studied and admired.

The pianist, who calls himself a “Citizen, European, Pianist” on his website, has often played the almost four-minute excerpt as a highly symbolic encore. Levit’s social awareness and will to take political stances combine with the love of Beethoven’s universal music in the musical passage of just over 100 measures. In July of 2017, roughly a year after the UK’s Brexit referendum, Levit’s performance of the piece as an encore at the “First Night of the Proms” in London’s Royal Albert Hall, was understood as a decidedly pro-European statement and elicited considerable media attention.

Levit’s highly acclaimed complete recording of the piano sonatas is considered one of the most noteworthy interpretative achievements of the Beethoven year and was recently nominated for a Grammy® Award. At the Salzburg Festival in August, Levit was able to perform the complete cycle before live audiences in eight recitals. As part of a podcast for Bavarian Radio, he discussed all of the 32 sonatas through playing and explaining each of the works. Several further cycles – at the Lucerne Festival and Hamburg’s Elbphilharmonie – have had to remain incomplete for the moment. Now the pianist brings an extremely popular piece of music into focus, which under normal circumstances, would be performed at this time of year by extensive orchestral forces at many venues around the world. As things stand now, however, it seems likely that concert halls will remain largely silent.

It is not known on exactly what day Beethoven was born in Bonn 250 years ago. What is certain is only that he was baptised on 17 December 1770. Over the past 12 months, there has been all too little to celebrate for the music world. Now the natural culminating moment of the anniversary year will be abandoned, literally without so much as a murmur. “Seid umschlungen, Millionen” (Be embraced, millions)? This is certainly not a good idea in times of social distancing. Choruses singing the “Ode to Joy” at the top of their lungs? It is scarcely conceivable anymore.

In any case, what we know today as the anthem of the European Europa – a musical symbol of freedom, brotherhood and solidarity – begins very softly by Beethoven, in a subdued and sombre mood. In the finale of the Ninth Symphony the simple tune, to whose melodic shape the composer devoted so much effort, gradually rises upward, ascending from the bass into the highest treble. Step by step the anthem gains in vigour, taking on luminous power until the orchestra as a whole intones it in a forceful and triumphant forte. The human voice remains silent for the moment – but the upswell of sounds, the exponential accumulation of forces indicates a growing procession whose hypnotic effect promises to cast a spell over all of humanity. Very much as though at one point the isolation and separation of people could in fact be overcome again.

It is well-known how extensive the repertoire for pianists is. Yet for Igor Levit it was always too narrow. The 33-year-old’s need for musical expression calls for participation in the great issues of humanity, for sounds in which questions of freedom, happiness and eternity are addressed. His piano is not merely a musical instrument. It is always also the medium which helps us ponder our conditio humana. In the days when in Great Britain the first vaccinations against Covid-19 will be given, Beethoven’s music carries budding hope out into the world. As a brief, soft word of greeting. 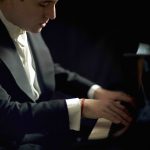 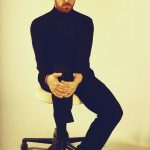