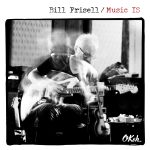 Almost every day, Bill Frisell gets up in the morning, has some ... END_OF_DOCUMENT_TOKEN_TO_BE_REPLACED

Almost every day, Bill Frisell gets up in the morning, has some coffee, and writes music. At this point, there are piles and piles and piles of single pages of staff paper filled with his graceful script. “I don’t know where the melodies come from,” says Frisell. “I try not to judge anything and just […]
Read More

Almost every day, Bill Frisell gets up in the morning, has some coffee, and writes music. At this point, there are piles and piles and piles of single pages of staff paper filled with his graceful script. “I don’t know where the melodies come from,” says Frisell. “I try not to judge anything and just let them be.”

Frisell’s mantra, or motto so to speak, is, “Music is Good” – a statement said to him by his dear friend and great banjo player Danny Barnes. “That is something that I can say is always true. It’s so perfect. Everything I need to know is that phrase, ‘Music is Good.’ I almost called the album that, but then I thought that might be too literal. It’s good to leave it open.”

Music IS – to be released March 16 on OKeh/Sony Music Masterworks – marks the first solo album from the master of his craft since the release of Ghost Town, released on Nonesuch 18 years ago.

“Playing solo is always a challenge,” Frisell says. “For me, music has all along been so much about playing with other people. Having a conversation. Call and response. Playing all by myself is a trip. I really have to change the way I think. In preparation for this recording I played for a week at The Stone in New York. Each night I attempted new music that I’d never played before. I was purposely trying to keep myself a little off balance. Uncomfortable. Unsure. I didn’t want to fall back on things that I knew were safe. My hope was to continue this process right on into the studio. I didn’t want to have things be all planned out beforehand.”

He tried to keep that light and spontaneous feeling when recording. The whole process — choosing the tunes, playing the gig, tracking in the studio — ended up feeling like an investigation into memory. There was no planned concept, but what materialized almost felt like an overview.

The focus of Music IS is on the telling of musical stories from Frisell’s original and inimitable perspective: some of the interpretations being naked, exposed and truly solo, while others are more orchestrated through overdubbed layering and the use of his unparalleled approach to looping.

Frisell has done so much. He’s on well over 250 records, with over 40 of those as a leader. The pieces on Music IS range from his earliest jazz records from the mid-‘80s to excerpts from recent multi-disciplinary collaborations.

Recorded in August of 2017 at Tucker Martine’s Flora Recording and Playback studio in Portland, Oregon and produced by longtime collaborator Lee Townsend, all of the compositions on Music IS were written by Frisell, some of them brand new – “Change in the Air,” “Thankful,” “What Do You Want,” “Miss You” and “Go Happy Lucky” – others being solo adaptations of now classic original compositions he had previously recorded, such as “Ron Carter,” “Pretty Stars,” “Monica Jane,” and “The Pioneers.” “In Line,” and “Rambler” are from Frisell’s first two ECM albums.

“Lee Townsend and Tucker Martine are two of my longtime, closest, most trusted musical brothers,” explains Frisell. “We’ve been through thick and thin. They clear the way for me to just PLAY. When we got to the studio I brought a big pile of music and we went from there. Let one thing lead to the next. Trust the process. In the moment. We mixed as we went along. The composing, arranging, playing, recording, and mixing all became one thing.”

That philosophy is evident through the pieces of music from his long discography that are explored in such an exposed way on Music IS. With radically new versions of “In Line” – the title track from his debut album in 1982 – and “Rambler” – the title track from his sophomore release in 1984 and also recorded in 1994 with legendary drummer Ginger Baker and the late Charlie Haden – Frisell embraces the unexpected and offers new insights into his exceptional career.

His exploration of “Pretty Stars”— which opens the album and is bookended with its continuation “Made to Shine,” which completes the original title of the track “Pretty Stars Were Made to Shine” – and “Ron Carter” from 2001’s Blues Dream break new ground with considerably different form. “Winslow Homer” (from 2010’s Beautiful Dreams, originally commissioned by Wynton Marsalis for JALC), “Change in the Air” (written for the forthcoming movie of the same name by Dianne Dreyer),  “The Pioneers” (a collaboration between Frisell and Jim Keltner), “Monica Jane” (one of the first tracks Paul Bley and Frisell worked on together, shortly after his daughter was born) and “Kentucky Derby” (from his collaboration with Hal Wilner and Tim Robbins for a theatrical reading and recording of Hunter S. Thomson’s The Kentucky Derby is Decadent and Depraved) are deep reflections on how far his musical journey has come and how much is left to be said.

Newly crafted originals help to make the reflection more than just that, allowing the past to influence the future: “What Do You Want?” (written with the sentiment of if we all could just listen to each other more, give each other what we need and figure it out, we would realize a lot of the time we want the same things), “Thankful” (a touching tribute to the musicians Frisell has played with, career accomplishments and his wife and daughter), “Think About It” (recorded by placing the guitar amplifier inside an old upright piano owned first by rock legend Keith Moon and then Richard Manuel who ended up recording hits for The Band on it before ending up in possession of Ian McLagan), “Miss You” (“Everyone knows what that feels like, because the person you are missing is dead or in a different place,” says Frisell), and “Go Happy Lucky” (a blues that breathes new life with the exceptionally well-recorded music making it feel like Frisell is right next to you, talking with the instrument and bending the strings over the frets in an almost embarrassingly intimate fashion) complete the reflection on a revered career that still continues to surprise and innovate.

“I knew from the beginning that I wanted to record my own compositions,” Frisell concludes. “In the past few years I’ve done so many projects playing other people’s music (John Lennon, Guitar in the Space Age, When You Wish Upon a Star, etc.). It’s wonderful…and seductive. That’s how I learn. I could spend the rest of my life studying Burt Bacharach….or Charlie Parker…or Bach…or? Never ending. But, it was time to get back to my own stuff. What ended up on this album were a variety of pieces. Some brand new and some from way far back. ‘In Line’ and ‘Rambler’ are from my very first recordings on ECM. I’ve been plugging away playing music for more than fifty years now. I’ll never figure it out. One of the amazing things about getting older is being able to revisit things that I heard or played long ago. There’s always something new to discover, something to uncover. New pathways open up. If I’m really lucky I might even realize that I’ve learned something along the way. It’s far out looking at my own music though this long lens.”

Music IS. The end result is Bill Frisell at his most distilled and fully realized. 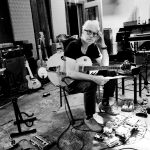 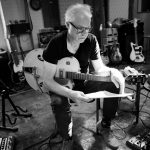 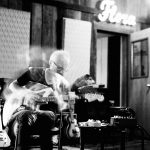