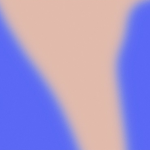 For new record Néo-Romance, Montreal pianist and composer Alexandra Stréliski pondered a question. Intrigued by Romanticism, the romantics, and their “super dark” relationship to nature, she wondered what it all meant in this modern world we’ve created. “The ancient past, freedom from rules, devotion to beauty, these big romantic themes, but really expressed in a post-modern way,” she says. “How do you remain in that imaginary world in these disillusioned, scary times we’re living through? That was the premise and setting for the album.”

It’s also the latest chapter of a stellar career that’s garnered no end of critical acclaim and commercial success. A trailblazing woman in the modern classical world, her minimalist, emotionally striking music has enthralled listeners the world over. Debut album Pianoscope (2010), originally self-released with Stréliski’s mother sending out mail-order copies from her basement, garnered increased momentum over time and built a dedicated fanbase, featuring in Dallas Buyers Club (2013), Demolition (2016), and during the Oscars (2014). This led Stréliski to sign with Montreal-based label Secret City for her second album, 2018’s INSCAPE. The album was a stunning success, reaching Platinum status in Canada, with debut Pianoscope reaching Gold status simultaneously. INSCAPE went on to win multiple awards including Instrumental Album of the Year at the 2020 JUNO Awards alongside global streaming success. Then, having become a household name in Canada’s vibrant music scene, and with over 300 million audio streams and 140k album sales to her name, Streliski went back to the drawing board.

Thus the subject matter of Néo-Romance was but one departure from Stréliski’s usual modus operandi. Long associated with the neo-classical movement, she wanted to distance herself from a tag that doesn’t accurately reflect her work. Inspired by the idea of encapsulating and expressing emotions through art, and the Romantics’ love of individual expression over the restraints of tradition, she set out to follow her instinct. “I’m much more of a romantic in the sense that I express my own inner world to make sense of the wider world,” she says. “So, the thread I’m pulling on here is the idea of neo-romance, in a musical way but also as a form of contemplation.”

Composing and recording in Europe for the first time, she also worked with several new musicians and collaborators and explored her family’s past – “following my roots,” is how she describes it. Néo-Romance itself was written mainly in Rotterdam, where Stréliski moved to be with her partner. And in doing so, she discovered some surprising – and prescient – facts about her own past. She visited homes in Amsterdam where her ancestors once lived; consulted a library in Paris to find compositions of her forebearers, teachers and composers from the Romantic Age.

“My dad is French, my family have Polish Jewish origins, and I somehow ended up exactly where they used to live. I always felt that I was the only musician in my immediate family – that I was just this weirdo artist – but it turns out my ancestors were all directors, violinists, and theatre managers; many of the women were actresses. I didn’t know the story, so it opened these doors of reflection and identity. Of asking: ‘Where do I come from? Does music follow you through generations? What does this mean in my life?’”

These notions of collective identity and shared history resonated deeply with Stréliski, compounded by the forced separations and feelings of isolation brought on by pandemic lockdowns. Folded into her nascent musical ideas, Néo-Romance took shape, the songs coming “from a very deep, very personal space” but expressing something much broader. Something with a narrative. “Néo-Romance is more about imagining things and telling stories. To lose yourself whilst listening, as a way to resist disenchantment and isolation”.

Besides, Romanticism has long been a part of Stréliski’s musical life. “I was raised playing and listening to Chopin, so it resides deep in my core,” she says. “I feel like a romantic composer myself. And with a new love leading me back to Europe, to my roots and these discoveries, it just all came together. It made perfect sense.”

The result is a wonderous collection of 14 songs, full of crystalline beauty and poignant, wistful melancholia; “Some of the saddest music I’ve ever written,” adds Stréliski. Some of the most stunningly beautiful, too, from the soft, gentle Rêveries to the calm, haunting sweep of BORDERS. There’s The hills and The Breach, whose quick ascending and descending piano arpeggios lend a sense of urgency and edge, and the slow, unfurling of a new romance, the thoughtful and uplifting album closer.

Néo-Romance is a spacious listen too, Stréliski unafraid to take long pauses, letting the music really breathe and “speak in the silences,” as she puts it. “I really wanted to take my time – there’s something more mature in not speaking than in speaking. But then I’m also very melodic driven, very thematic – I mostly want my music’s emotional sincerity and evocative nature to shine through.”

Another first: Stréliski wrote for and recorded a string trio in Paris, two of whom from Poland, adding to the Polish-Jewish thread she feels has left traces through her music. She also recorded a church organ, layering it subtly beneath her piano lines. The strings on First Kiss gently soar and swoop, adding depth and texture; on Élégie – one of Néo-Romance’s most emotional, dramatic pieces – a gorgeous, plaintive violin takes centre stage, stirring the soul and tugging the heart. “I’m very proud of that song,” she says. “It’s so very different to what I’ve previously written.”

Such details came from Stréliski’s desire to “broaden the spectrum a little, to go deep within the emotions.” Thus each piece is a small chronicle, a self-contained little world. “They all tell their stories,” she says. The flow and pacing are deliberate, too, forming a narrative arc that “really brings you from one place to another through all the ups and downs.”

And it all comes back to that central idea – to dare to keep dreaming, no matter what life throws at us. “I want people to remember the importance of the immensity of our emotional spectrum as humans, and the universality of it, as opposed to being polarised. We all go through the same, shared traumas – life, death, breakups – so how can we remain hopeful and dreamers of our own, wonderful existence? We can get lost and live in our emotions, pure as they are – it’s all within us, and I see hope in that.”

Berlin, January 13: Today, XXIM Records/Sony Masterworks is proud to announce Néo-Romance, the new record from French-Canadian pianist and composer ALEXANDRA STRÉLISKI, which will be released on the 31st of March 2023, and new single Élégie, released today, which is accompanied by a music video directed by Laurence Baz Morais. Intrigued by the Romanticism, the romantics, and their “super dark” relationship to nature, STRÉLISKI – long considering herself a neo-romantical composer rather than a neo-classical one – wondered what “the ancient past, and all these big romantic themes” meant in this modern world we’ve created. “How do you stay in that imaginary world in these disillusioned, intimidating times we’re living through? That was the premise and setting for the album.”

For the next step in her stellar career, STRÉLISKI approached Néo-Romance a little differently; composing and recording in Europe for the first time, she also worked with several new musicians and collaborators and explored her family’s past. The songs were written mainly in Rotterdam, where Stréliski moved to be with her partner. And in doing so, she discovered some surprising – and prescient – facts about her past, her family’s varied origins and her ancestors’ penchant for art and creativity.

Such notions of collective identity and shared history resonated deeply and were compounded by the forced separations and feelings of isolation brought on by pandemic lockdowns. Folded into her nascent musical ideas, Néo-Romance took shape, the songs coming “from a very deep, very personal space” but expressing something much more significant. “Néo-Romance is more about imagining things and telling stories,” she says. “To lose yourself whilst listening.”

On ‘Élégie’ – one of Néo-Romance’s most emotional, dramatic pieces and the second single to be taken from the record – a gorgeous, plaintive violin takes centre stage, stirring the soul and tugging the heart. “It’s a final farewell to someone you loved,” STRÉLISKI says of the track. “It’s a sad song filled with pure love. An ode to facing your vulnerability when things are shaking in your life. A homage to the vastness of the world.”

“It was recorded in Paris on a beautiful summer day with the wonderful Karski Quartet. It’s a piece that I started writing during heartbreak but finished in a very happy place. It encapsulates what it means to have a ‘new-romance’ in your life, with all the light and weight of the past that usually come with it.”

Élégie will be released on the 13th of January, 2023, while Néo-Romance follows on the 31st of March, 2023. The album will be released world-wide through XXIM Records except for Canada, where it will be released by Secret City Records. In support of the album, STRÉLISKI will be touring extensively throughout Canada, the US, and Europe in 2023.